The Top 10 Cities in Africa and the Middle East

This year’s World’s Best Awards survey was open for voting January 11 through May 10, 2021, as destinations around the world were lifting COVID-19 restrictions. Survey rules have always allowed readers to reflect on their travel experiences over a three-year period. We hope that this year’s honorees will inspire your own travels as you get back out into the world.

This year’s list of the best cities in Africa and the Middle East shows an incredible diversity of urban life. Each honoree demonstrates a different definition of what a city can be: gleaming economic centers, religious pilgrimage sites, modern cultural capitals, even living museums.

Every year for our World’s Best Awards survey, T+L asks readers to weigh in on travel experiences around the globe — to share their opinions on the top cities, islands, cruise ships, spas, airlines, and more. Readers rated cities on their sights and landmarks, culture, cuisine, friendliness, shopping, and overall value.

Many of the destinations on this list can be found along the ocean, offering not just shopping, dining, and nightlife but also spectacular waterfront views and the cosmopolitan culture found in port cities. Muscat, the historic Arabian Peninsula capital on the Gulf of Oman, comes in at No. 9. Readers praised its “hospitality” and “friendly vibes” — an openness to visitors potentially rooted in its centuries of welcoming traders from Persia, South Asia, East Africa, and beyond. Essaouira, on Morocco’s Atlantic coast, comes in at No. 10. Readers enthused that it’s “a wonderful, old-world walled city” with “friendly locals, street vendors, and fishmongers,” plus a patchwork of internationally influenced architecture unlike anywhere else in the country. You might like
×
The Top 5 North Africa and Middle East Resort Hotels
The Top 5 Africa City Hotels
Marrakesh’s Vibrant Sensory Landscape
The Top 25 National Parks in America
The Top 100 Hotels in the World
Places Around the World You Must Visit, According to Our Expert Travel Advisors
Watch Millions of Animals Cross Kenya With the Great Migration Live on TikTok
Last-Minute Beach Trips to Extend Your Summer
10 Best Weekend Getaways From Chicago
The Top 5 Islands in the World
The Top 5 Cities in Mexico
The Top 5 Cities in Canada
The Top 5 Resorts in the South Pacific
The Top 5 City Hotels in Mexico
The Top 5 Hotels in China
The Top 5 Domestic U.S. Airlines
This New Safari Lodge In South Africa Is Big on Design and Even Bigger on Conservation
The Top 5 Barcelona Hotels
London’s East End Is Home to Some of the City’s Best Food — Here’s Where to Eat
The Top 5 Resort Hotels in India
U.S. Officials Tell Americans to Avoid Jamaica in Latest Travel Warning
These Are the Best Under-the-radar Family Holiday Destinations, According to Traveler and Mom Samantha Brown
You Can Sleep With Elephants Under the Stars in a ‘Jungle Bubble’ in Thailand
The Top 5 Hotels in Rome
The Top 5 City Hotels in Singapore
That Famous Shredded Banksy Painting Could Sell for $8 Million
The Top 5 Hotels in Greater Florence
The Top 5 Resort Hotels in Indonesia
The Top 5 Colorado Resorts
The Top 5 Hotels in Venice
The Top 5 International Destination Spas
Visit 4 Gorgeous East Coast Destinations in One Epic Private Jet Trip
The Top 5 Resort Hotels in the Continental U.S.
You Can Go ‘Volcano Surfing’ While Staying on a Private Island in Nicaragua
Best Places to Travel in November
TSA’s Top Tips for Travelers Flying Home for Thanksgiving
The Top 5 Cities in the United States
You Can Hang With Giraffes at This One-of-a-Kind Infinity Pool in Kenya
The Top 5 Arizona Resorts
Richard Branson’s New Kenya Safari Camp Is the Best Hotel in the World
The Top 5 Bangkok Hotels
Take a Virtual Tour of the Great Barrier Reef With David Attenborough As Your Guide
Best Ski Resorts in Europe With Deep Powder, Upscale Amenities, and Scenic Views
Go on Safari in Botswana, Vineyard-hop in Cape Town, and See Baby Penguins in Antarctica
These Countries Have Set an Expiration Date on Vaccines for Travel
U.S. Officials Urge Unvaccinated Travelers to Avoid Trips to Canada
The Top 5 Puerto Rico Resorts
This Florida Museum Is Opening the World’s First-ever Virtual Walk-through of Machu Picchu
Delta Adds Spotify Playlists and Podcasts to In-Flight Entertainment Lineup
Swim in a Pool in the Middle of a Napa Vineyard at This New Four Seasons Resort

One honoree on the list is known more for its past than for its present: Petra, Jordan, the ancient city that comes in at No. 8. The surrounding area, with small towns built up on the slopes of nearby wadis, is still home to several thousand people. But the cityscapes that draw up to a million visitors each year are no longer inhabited: ornate facades carved into sandstone cliff faces by the Nabateans in the third century B.C. “If you have the chance to visit Petra in your life — go,” wrote one reader. “It’s truly one of the wonders of the world, a chance to step back in time.”

This year’s No. 1 is a decidedly more modern place — with world-class hotels and shopping, stunning beaches and hiking, and some of the best food and wine in South Africa. Read on to learn more about the best cities in Africa and the Middle East, as voted by T+L readers. This coastal city has a tendency to make even the most wanderlust-fueled traveler consider settling down. Survey responses provide more than enough evidence for this. “One of the most beautiful places on earth,” wrote one reader, with another saying “I’d definitely retire here!” A third potential expat had a similar reaction: “When my husband and I arrived, we both immediately thought…should we move?” Known for its temperate climate and prime position between mountains and sea, this city is a draw for travelers seeking a mix of urban exploration and nature experiences — with outdoorsy excursions like a hike up Table Mountain or a tasting tour of the winelands within easy reach before dinner and drinks on the waterfront. There’s more than enough in the Western Cape to fill a whole vacation, but T+L readers also agreed it’s worth adding on a few days after any Southern African safari to do a bit of exploring in this city. See all of our readers’ favorite hotels, cities, airlines, cruise lines, and more in the World’s Best Awards for 2021. 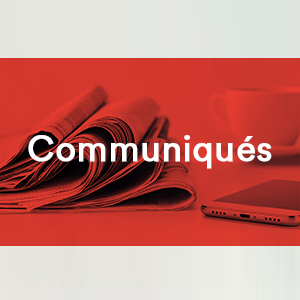 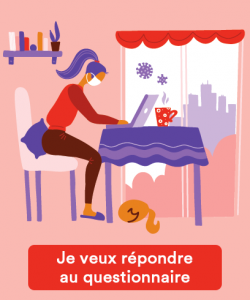